The school library recently received a new shipment of books, thanks to Ms. Clarkson-Farrell. She has spent a lot of time devoted to trying to make the library better, and as a result, there are now more than 75 books that weren’t there to take out before. They come from many genres, everywhere from adventure books to art books. Some notable books that the library got are Black Potatoes, Humans of New York, and many books in the Ender’s Game series.

Black Potatoes is a book about the Great Potato Famine in Ireland. It tells of how desperate people gathered food during that time period. For instance, some people would purposely commit crimes so that they could go to jail, where they would be guaranteed free meals every day. It describes how people would walk for miles in order to get to their job or a soup kitchen where they could receive food. Black Potatoes should be interesting for anyone who enjoys non-fiction. 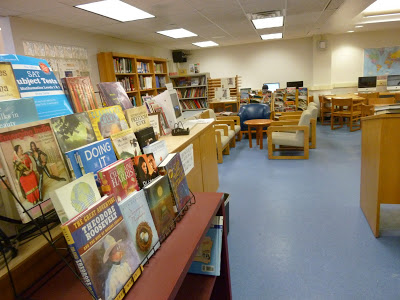 After the movie released in November of 2013, the book Ender’s Game increased in popularity. However, very few people know that Ender’s Game is part of a much larger series. There is a companion set of books, called the Ender’s Shadow series, which focuses on Ender’s friend Bean. There is also a direct sequel, Ender in Exile, which ties into the Ender’s Shadow series as well. There are three more books that take place in the same universe, but happen 3,000 years after Ender’s Game, called Speaker for the Dead, Xenocide, and Children of the Mind. However, most of those books are very different from Ender’s Game. While Ender’s Game is an action-packed book, the others are much slower-paced. They tend to focus more on politics or philosophy. Those books are not for all fans of Ender’s Game, but some may like them.

The BSGE  library received a mass amount of new books that are sure to appeal to various types of students. It is encouraged for students to speak with friendly librarian and teacher, Ms. Clarkson-Ferrel, to find a new possible Advisory reading book for you.