On Tuesday, March 18, BSGE seniors exhibited selected artworks they had created as part of the IB Visual Arts program at the Aurora Gallery less than three blocks from the school. The show marked the second year of BSGE displaying their work at the gallery, a shift from the library exhibits of past years. The exhibition was a year and a half in the making for the senior class, who had first chosen their exhibition theme at the start of Junior year. Each senior chose five artworks that they felt best communicated their themes to display at the show. Friends and family were invited to enjoy the show and bid on any works that they wanted to buy. This was also the first year in which students were able to keep 100% of the profit made from selling their art.

Although creating the artwork took a year and a half, the exhibition process was very hectic, fast-paced and occurred in the span of two days. The seniors missed first period on both Monday and Wednesday to hang up their work and take it down, respectively. Lina Rahmani, ’14, says, “It was pretty crazy getting there, but overall I was proud to be a part of it and the way it turned out.  I was very impressed with the end product.”

Lauren Ouaknine, ‘14, says that one great thing about the show this year was the large turnout from other grades. “Last year, I know that hardly anybody from the younger grades went to see the show. This year, I was glad to see a lot of juniors and sophomores there. It really made it feel more like a school-wide event.” In addition to being invited to the event, underclassmen took trips to the gallery during their advisory periods to view the work. They were then asked to write a response to the exhibit, detailing what they liked, what they thought could be improved, etc. 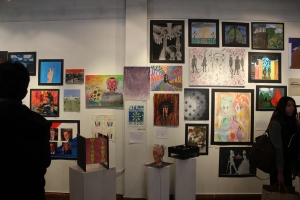 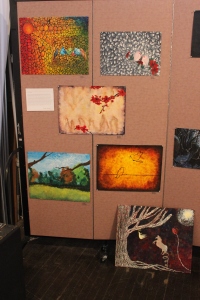 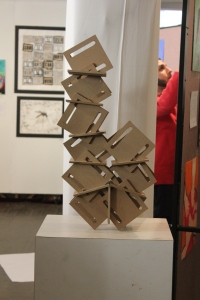 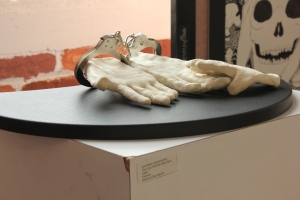 Stay safe and check out: https://www.covidtests.gov 💙💛🤍
Check out the BSGE Spirit Store💙💛🤍!
Congratulations to Lady Sting for winning their first game 💙💛🤍!