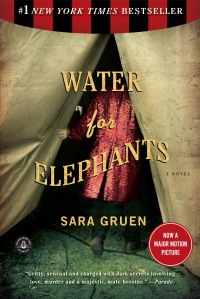 We are pulled into the bittersweet memories of ninety-something-year-old Jacob Jankowski, who recalls his life as a young man. During his final year at Princeton University, Jacob loses his parents to a car crash. Left destitute and penniless, he begins his journey as a wanderer. Tossed by fate onto a rickety train that was home to the Benzini Brothers Most Spectacular Show on Earth, he pursues his career as a circus vet and lives through passion, pain, anger and joy. 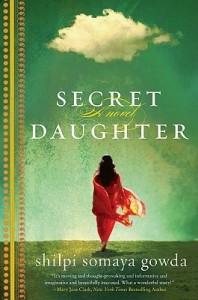 Somer’s life is everything that she could have ever imagined—she’s newly married and has started her career as a physician in San Francisco— until she finds out that she will never be able to have children.

The same year in India, a poor mother makes the heartbreaking choice to save her newborn daughter’s life by giving her away to an orphanage. It is a decision that will haunt Kavita for the rest of her life, and cause a ripple effect that travels across the world and back again.

Kavita’s newborn infant, Asha, is adopted by Somer’s family. Her existence binds the destinies of Somer and Kavita together. We follow both families, invisibly connected until Asha’s journey of self-discovery leads her back to India.

And the Mountains Echoed

The third novel by Khaled Hosseini, And the Mountains Echoed, is a family drama that examines the factors that lead to and reverberate from one action: a poor family sells their youngest daughter to a wealthy couple in Kabul. Set in Afghanistan, the novel spans fifty years and four generations.

Mia Hall thought that the hardest decision she would ever face would be whether to pursue her musical dreams at Juilliard or to be with the love of her life, Adam. But a carefree family drive kills Mia’s parents and brother, leaving her orphaned and abandoned. Mia then has to choose between life and death: she could choose to die in order to join her family on the other side, or stay and bear the pain of loss for the rest of her life.

The BaccRag needs your help! With online learning it has been difficult for our writers to conduct interviews. Submit your response today! Click the first link in our @linktr.ee in our bio 🤍💛💙
find the application in your bsge emails!
Have any photos of your younger days in BSGE? Send them to our Yearbook Committee ( @bsgeunscripted ) via email! 📸