Anime, or Japanese animation, come in various genres, just as American TV does. It is prominent in today’s society and is very frequently talked about. In BSGE, there are many anime lovers, introduced to it for various reasons. Kai Wahlin ‘22 is “partly Japanese, so Anime is cool.” Aayman Abdellatif ‘18 says, “I grew up watching popular anime like Dragon Ball Z, Naruto, Shaman King, etc so my love for anime grew to include less mainstream anime such as Akuma No Riddle, Baka to Test, [and] Erased”. BSGE students were asked about their favorite anime of 2016, with many responses from different genres. 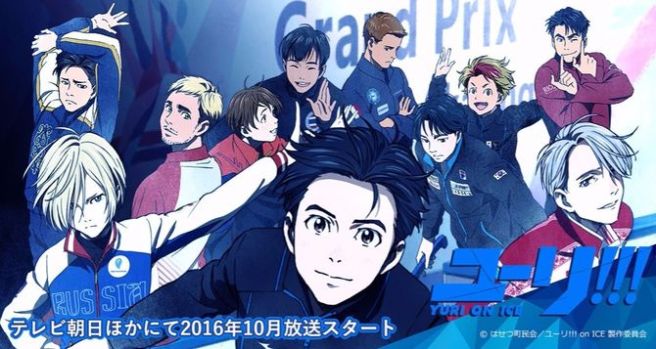 Yuri!!! On Ice  is a sports anime produced by MAPPA, directed by Sayo Yamamoto, and written by Mitsuro Kubo. It is about figure skating, in which the 23 year old Yuri Katsuki faces a major defeat in the Grand Prix Final. He begins to believe that his career as a skater is coming to a close. Until, a video of him performing a routine of the Russian five-time world champ- Viktor Nikiforov goes viral. Viktor comes to Japan out of nowhere to become Yuri’s coach. Stupefied, Yuri accepts his idol’s offer, beginning to train for the Grand Prix Finals.

Sakamoto Desu Ga? Is a comedy anime  produced by Studio Deen, directed by Shinji Takamatsu, and originally created by Nami Sano. It is set in a school environment, of which revolves around the life of Sakamoto. Sakamoto is a popular and admired by all due to his cool behavior. As he faces his challenges, sometimes of his own creation, he manages fixes these problems with his flamboyance.

Orange is a romantic drama anime produced by Telecom Animation Film, directed by Hamasaki Hiroshi, and originally created by Takano Ichigo. It follows sophomore Naho Takamiya, who receives a strange letter one day… from her 10 years in the future self. She finds that her future seems to be filled with remorse. Her future self’s goal is for present her to fix these mistakes, as well as keep an eye out for a transfer student named Kakeru Naruse. Naho experiences love, drama, and all in her quest for change. 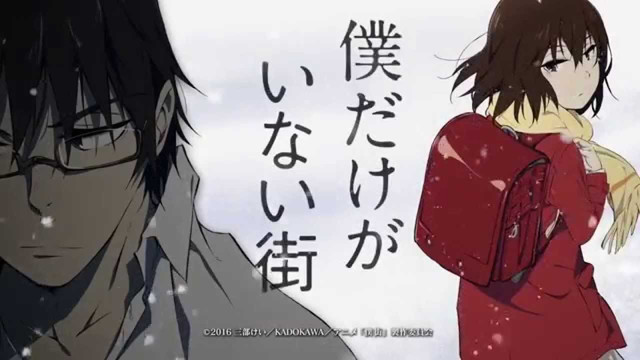 Erased is a mystery and thriller anime produced by A-1 Studios, directed by Itou Tomohiko, and originally created by Kei Sanbe. It follows the narrative of 29 year old Satoru Fujinuma, who travels back in time, frequently to a few minutes before a disaster to save lives. When he is (wrongfully) accused of murder, he is sent back 18 years to the kidnapping and killing of his classmate Kayo Hinazuki. Satoru decides to disclose this case to save both the present and past.

Re:Zero is an action and adventure anime produced by White Fox, directed by Watanabe Masaharu, and originally created by Tappei Nagatsuki. In it, a young teen named Subaru Natsuki is taken to a fantasy world, then attacked  and beaten by a couple of thugs. A beauty named Satella arrives to save Subaru during her pursuit for her insignia. Subaru tries to help return the favor by looking for the insignia. When they find it, they are both brutally murdered. However, Subaru wakes up to find himself going through the same scenarios over and over again.

Your Name is an anime film produced by CoMix Wave Films and directed and originally created by Shinkai Makoto. The movie is about two high school students- Mitsuha Miyamizu and Taki Tachibana. Mitsuha, who lives in the countryside, dreams of living in the city while Taki is a busy student in the bustling city of Tokyo. One day, the two of them switch bodies, and try to search for one another. They live as each other, switching bodies back and forth as they delve into changes in their lives and fate.

Mob Psycho 100 is produced by Bones, directed by Tachikawa Yuzuru, and originally created by ONE. This anime is known for its astounding visuals and follows an eighth grader named Shigeo “Mob” Kageyama, who has powerful psychic powers. He turns to Reigen Arataka, a con artist, to help control his powers. Little did anyone know that Shigeo’s powers has the strength to cause calamity and full blown chaos if he were to go berzerk. The animation in each scene shows variant colors, as well as eye-candy frame transitions.

Now that 2016 is over, people were asked what 2017 anime they are looking forward to watching. Some popular choices are One Punch Man and Blue Exorcist 2. However, the majority of respondents seems to be excited for the second season of Attack on Titan, which came out on April 1. There is more anime to come in 2017, and much more the enjoy. Let’s see what anime 2017 has to offer.

View all posts by jhamlin

There was an error retrieving images from Instagram. An attempt will be remade in a few minutes.