Being shot at school is probably one of the worst places to spend the last fleeting seconds of life. This is especially true if the last image that accompanies death is probably the sight of a textbook that briefly catches one’s eye or the last thought is concerned with work. The fact of the matter is no one wants to die, let alone in school. Other schools, in crime stricken neighborhoods, have one or two armed guards, along with metal detectors. However, the truth is that

END_OF_DOCUMENT_TOKEN_TO_BE_REPLACED

Work on a ventilation system for potentially harmful chemicals below the BSGE building was recently completed. The presence of the chemicals was brought to the attention of the BSGE community on November 14th 2011 when the School Construction Authority (SCA) notified BSGE that in 2008, vapor testing below the school’s basement revealed the presence of two chemicals , tetrachloroethene (PCE) and trichloroethene (TCE) which in high enough concentrations are toxic. The levels of PCE and TCE , used in dry cleaning and industrial degreasing respectively, found in 2008 through soil vapor testing were above the background levels in New York (amounts found that might in the average household in the area) but below the Air Guidance Values for New York (amounts that could cause concern or health risk). More testing done in 2009 reveled similar air values that were once above background levels. Although these values seem harmful since they are soil vapor readings below the schools foundation they did not pose an immediate threat to the BSGE students. Since the ambient air concentrations of these substances were quite low it was no immediate cause for alarm. Nevertheless further testing after BSGE was notified revealed values that were well below both standards.

END_OF_DOCUMENT_TOKEN_TO_BE_REPLACED

The Syrian Civil War, like many of the revolutions and revolts that swept the Middle East, came out of the Arab Spring in early 2011. On March 15, 2011 much of the conflict that swept the countries like Bahrain, Tunisia, and Egypt made its way to Syria after a feud over government graffiti. Like the many forms of protest present during the Arab spring, Syria’s conflict eventually escalated to such an extent that, by the early Fall of 2012, the country was in a Civil War. Like many countries taken up by the wave of unrest, less than a year ago the political scene in Syria seemed to be fine. Media headlines estimate death tolls as high as 30,000 people. As the conflict continues to rage on, the UN estimates more than 350,000 refugees have fled Syria into the neighboring countries of Iraq, Turkey, and Lebanon. Newly appointed Syrian Prime Minister Wael al-Haqi estimated the conflict has cost Syria nearly 34 billion dollars with current costs of rebuilding razed infrastructure at nearly 40 billion dollars.

END_OF_DOCUMENT_TOKEN_TO_BE_REPLACED

Good teachers are the main part of getting a great education. They provide the necessary support and guidance in an individual’s academic career and take on the role outside of mentor. Being that a teacher inevitably plays such a large role of a student’s academic career their qualities will ultimately manifest themselves into the welfare of the students. This arises the question of what specific attributes of teachers are optimal to the education of students and which are not. Being that the teacher body is as disparate in their attributes and as the student body, it is hard to generalize the attributes of a good teacher. Some teachers are cute looking, some are funny, some have hairy eyebrows and some wear outfits that pleasure me. Nonetheless the BSGE student body does have a stance on what is believed to be the attributes of “the ideal teacher”
One characteristic of teachers that always seems to emerge is how exactly the classroom is run. The fact of the matter is that most people like to attend a class centered on group work as opposed to individual work. The chance for group collaboration may create a sense of confidence for each individual in the group when tackling unfamiliar material or may simply give chance for all the members to contribute without being scrutinized by the teacher. Simply put by seventh

END_OF_DOCUMENT_TOKEN_TO_BE_REPLACED

Recently tenth grade students have been recommended by the math and humanities teachers to take the Math level 1 and World History SAT subject tests. However, they do not bear the same priority as the SAT taken in the junior year, the SAT II or SAT subject tests have increased in significance in application to college. These are 60 minute multiple choice tests, scored with a similar system as the SATs, (each question that is right is given a point, each question wrong is deduces the overall score by a fraction of a point, and each question left blank receives neither a penalty or credit) that span a range of academic subjects from Physics to certain foreign languages. The College Board estimates that every year nearly five hundred thousand students take the SAT subject tests. As for the number of BSGE sophomores taking certain exams this year there are

END_OF_DOCUMENT_TOKEN_TO_BE_REPLACED

The “Occupy Wall Street” movement began on September 17th when a few thousand protesters marched in lower Manhattan rallying to end corporate greed and a nation dominated by it.  When a hundred or so of the protesters decided to camp out in Zuccotti Park, which is in the cities finical district, it marked the beginning of the encampment now widely know as “Occupy Wall Street”. The protesters have renamed Zuccotti Park “Liberty Square”. However this all changed on Tuesday November 5th when in the early hours of the morning the NYPD raided the encampment and forced protesters out.

END_OF_DOCUMENT_TOKEN_TO_BE_REPLACED

The NYC school system began a new year and a new beginning for new chancellor Dennis Walcott to shape and mold the nation’s largest school system. It was last April when Dennis Walcott replaced Cathie Black as the school chancellor. Mayor Bloomberg appointed the former chancellor Black, a longtime magazine executive with no educational experience, for her managerial skills and business like attributes. She became the first woman to lead a school system of some 1.1 million kids and some three months later with approval ratings at all time lows, proving hazardous for the Bloomberg administration, was replaced by Dennis Walcott in April 2011.  Walcott, before becoming school Chancellor, was president of the

END_OF_DOCUMENT_TOKEN_TO_BE_REPLACED 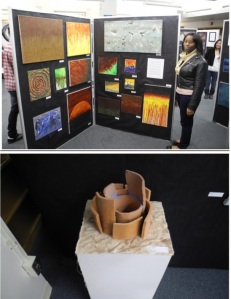 The IB art show took place from April 8th to the 14th and for much of that time the library was a forbidden to all other students except for teachers and the students who were presenting their work in the show. The nesting ground that was the library for so many students was no more and for the most part many students had to find a new place to do homework and use the computers. The show itself however seemed to be a major success for both the students presenting their work and the teachers who mentored them in the long process of allocating and producing such works of art.

END_OF_DOCUMENT_TOKEN_TO_BE_REPLACED

The Egyptian revolution, although thousand of miles away hit close to home for the many Egyptian students at BSGE. For some the Egyptian revolution was personal.  The protest in Egypt not only affected the BSGE student body but also the United States as a whole.  Many Egyptians across the nation and at the BSGE student body found it fit to protest against the Mubarak regime.  With some 1million Egyptians in America and as many as 20,000 the uprisings in Egypt truly hit close to home.
Many of the Egyptians at BSGE were personally affected by the uprisings that took place in Egypt. Having countless relatives in a country in a state of turmoil and unrest can bring uncertainty to the well being of

END_OF_DOCUMENT_TOKEN_TO_BE_REPLACED

The B.S.G.E. student led Math Club is up and running. The Math Club meets every Thursday after sixth period between 3:15 to 4:00 and has around 20 students who attend who share one thing in common: Their love for math! What makes this Math Club so amazing is the fact that the club is entirely student run and has been so for the last 6 years of its existence.
Individuals who partake in the weekly meetings do it at their own expense and there is no penalizing teacher at the other end of the relationship if they do not show. “The class is very laid back but at the same time we try to be productive,” says Simran Vazirani, a senior, and the president of the Math Club.  The meetings are set up also

END_OF_DOCUMENT_TOKEN_TO_BE_REPLACED

The Obama administration proposed a plan on September 27th, 2010 about an extended school year in order to raise student achievement, which raised much controversy among to adults and kids alike.  The plan would extend the school year by a month, decreasing the length of summer vacation.  When this idea was proposed, many issues were brought up that both supported and went against it, one of the prime issues being the economy.  It is well known that America is in an economic recession and our funds are being cut.  Some people believe that if we were to pass such a plan, more governments funds would be spent rather then saved because, teachers and administrators would have to be paid an extra month’s salary. In addition, money would be needed to keep the school open for things such as electricity (air-conditioning, lights, etc.)
Another concern the plan raised was the potential damage it could inflict upon the tourism industry.  During the summer time or break families spend money to go on vacations both in and out