This year, two-thirds of the eighth graders in BSGE will be leaving for other high schools. Since October, more than 20,000 eighth grade students from all over the city were anxiously waiting to hear if they had gained admission into 1 of the 9 glorified specialized high schools in New York City either through a performing arts audition or through the SHSAT (Specialized High School Admissions Test). Those schools include LaGuardia, Stuyvesant, Bronx Science, Brooklyn Tech, Lehman, and others. During the high school application process, thousands of eighth graders not only take the SHSAT, but start applying to non-specialized schools as well.

BSGE, which offers the International Baccalaureate Diploma Program in eleventh and twelfth grade, guarantees all current eighth graders a spot to stay for high school as long as it’s listed on their high school application as their first choice. While many students decide to stay in BSGE, other students decided to attend other high schools in the fall.

END_OF_DOCUMENT_TOKEN_TO_BE_REPLACED 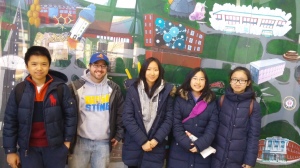 BSGE’s middle school math team has been succeeding in numerous city and state math competitions this spring, led by Mr. Mehan. 8th graders Rachael Cheung, Christie Choi, SiLiang Lei and Christy Guan, as well as 7th grader Ahmed Shekani participated in the MathCounts citywide chapter competition on February 6th at IS 74, where the team won 2nd place. They moved on to the state finals, held at Rensselaer Polytechnic Institute in upstate New York on March 18th.

END_OF_DOCUMENT_TOKEN_TO_BE_REPLACED

Email is one of the most common forms of communication, so it should come as no surprise that this school offers its own private Google domain – BSGE mail – where you can talk with anyone in the school (as long as you know their name). It is an efficient and easy way for students to contact peers and teachers. Many students talk with each other almost entirely on Google Hangouts, especially since students in the 8th grade have invited their personal emails and often use video chat. According to technology teacher Mr. Shantanu Saha, “everyone in 8th grade has used their Hangouts in the last week or so.” Hangouts is a place where we can all contact each other, discuss our interests, and just, literally, hang out.

Recently, there was some panic after Shantanu apparently investigated the 8th grade Hangouts. Many students were scared, because BSGE mail was a place where they felt like they could behave as freely as they do on any other social media website. However, after some teachers were apparently logged into their BSGE mails on certain Hangouts, and Shantanu went into every single Hangout and turned on history, most 8th graders were scared into behaving more conservatively on Hangouts. Of course, many students now have forgotten that Shantanu can see the Hangouts, or just don’t care. It forced us to reconsider how we use our BSGE emails versus our personal emails.

END_OF_DOCUMENT_TOKEN_TO_BE_REPLACED

On the fated day of March 5th, the majority of the 8th grade became increasingly nervous as the end of the day approached.  It didn’t matter which class they had last period, whether it was Living Environment, Art, or Humanities.  It was insignificant, because during that last five minutes of class, high school results were given out. People held their breaths as they opened the letter, the one that determined where they were going for the next four years. Many were filled with joy and celebrated with elation because of their acceptances.  Several tears were shed over the not-so-satisfying results. Everyone ran around in a frenzy, sharing and exchanging results with any fellow 8th grader they came across.

It’s not unusual for around 20% of each grade to leave for other schools in 8th grade.  This year, however, more than 50% of the 8th graders are leaving. Within the past few years, parents and students have become more and more ambitious on the topic of education. It’s common knowledge that it is easier to get accepted into one’s “dream college” if their high school has been known for being academically rigorous for over fifty years, so it’s understandable that many students pick a more widely-known school over BSGE.  Unfortunately, this is one of the sad realities of attending this school.

Having started about only 15 years ago, barely anyone recognizes the name “The Baccalaureate School for Global Education,” despite the academics being on par with, if not higher than, specialized high schools across the city. Come on, let’s face it. How many times have we awkwardly mumbled “Uhhh I go to the Baccalaureate School for Global Education, but we just call it BSGE” whenever people ask what school we go to?  You would receive a blank face, whereas if you told someone you went to Stuyvesant or Bronx Science, a flash of recognition would pass on their face, followed by comments like “Oh that’s so cool!” and “Wow, you must be very smart then.”

END_OF_DOCUMENT_TOKEN_TO_BE_REPLACED

On Monday, March 9, BSGE’s middle school math team tasted victory in the annual MoMathlon Tournament. The tournament, sponsored by the Museum of Mathematics, took place at Queens College on Kissena Boulevard. A total of 23 teams from different schools participated, comprised mostly of 7th and 8th graders. The schools included BSGE, 190 Russell Sage, 185 Edward Bleeker, and the Institute for Collaborative Education. The BSGE team, supervised by Mr. Mehan, had members who were chosen to compete based on the students’ achievements in the official Math Club meetings at BSGE. The meetings took place through the Math Olympiads, Rocket City Math League, New York State Math League, and the Mathematical Association of America. The cumulative achievements of the students in these meetings helped determine the team members who would participate in the tournament. “The kids were very excited about the opportunity. The smiles were on their faces at Queens College,” recalls Mr. Mehan.

END_OF_DOCUMENT_TOKEN_TO_BE_REPLACED 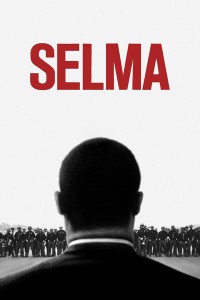 uary 19th, America celebrated Martin Luther King, Jr. Day. Although many students celebrated with a day off from school, a group of 27 African-American business leaders in New York spread awareness with free movie tickets for 7th, 8th, and 9th graders. This group created a fund that offered 27,000 New York City middle/high school students the opportunity to watch the movie, “SELMA,” for free. Starring David Oyelowo as Dr. Martin Luther King, Jr., “SELMA” takes place in 1965, the year of Dr. King’s campaign for equal voting rights. The movie depicts his three-month long march from Selma, Alabama (hence the movie title) to Montgomery, Alabama, that led to the signing of the Voting Rights Act of 1965, the greatest victory of the Civil Rights Movement. The movie also shows Dr. Martin Luther King, Jr.’s brothers and sisters’ involvement in the journey for equal rights.

END_OF_DOCUMENT_TOKEN_TO_BE_REPLACED

On March 7th, five BSGE students from the Middle School Math Club participated in the Queens MoMathalon for the second time. The last time BSGE participated in this competition was in 2012, during which BSGE earned 5th place for group competition. BSGE did not compete in last year’s competition due to lack of preparation. However, this year, the BSGE Middle School Math Club has met every Thursday after eighth period. To decide who would be chosen to compete at the Queens MoMathalon, the Club organized small Math Olympiad competitions along with the AMC-8 and NYS Math League competitions during meetings. Based on students’ scores, five Math Club members were chosen to compete at Queens College for the MoMathalon. The five competitors were two seventh graders, Annie Zhang and Grace Choi , and three eighth graders, Arpita Nag, Nibras Islam and Alice Aronov.

END_OF_DOCUMENT_TOKEN_TO_BE_REPLACED

Eighth graders from BSGE and other schools around the city have been given the opportunity to join the Legal Outreach Summer Law Institute. It is a five week program that encourages students to learn more about law. Not only does it teach kids about law, but it also helps the participants improve their time management, test-taking and writing skills. The program also encourages students to maintain good study habits in order to fully succeed in school. After completing the summer program, students are then able to continue on to the “College Bound” program which goes further in-depth with the topic of law.

Earlier this school year in January, the institute gave a presentation at BSGE about the upcoming program. Representatives gave students an actual case which was already settled in court. Together students had to figure out

END_OF_DOCUMENT_TOKEN_TO_BE_REPLACED

Over 30,000 students lined up on the streets of New York this year in order to take the feared Specialized High School SAT, or otherwise known, the SHSAT. The exam is extremely important for middle school students to gain acceptance into their desired specialized high school. These schools include Stuyvesant, Bronx Science, Brooklyn Latin, LaGuardia and more. Some students have taken prep courses to study for the exams, and others studied by themselves. Either way, few students took the SHSAT lightly.

Many of our own BSGE eighth graders took the SHSAT October of 2013. When the results came out in early March of 2014, many students made the decision to leave BSGE. There were multiple factors that led students to make the decision of leaving BSGE.

One student, Shannon L ’18, will be attending Stuyvesant in the Fall. In her opinion, the small amount of students in BSGE holds Shannon back from getting to know more people. She also chose Stuyvesant because of the large number of extra curricular activities available to students.

END_OF_DOCUMENT_TOKEN_TO_BE_REPLACED

Being a student at BSGE means a busy schedule and no social life on school days. Each day often consists of waking up early to finish homework from the previous night, going to school, and staying up late to make an attempt at completing the homework due the next day. Students follow this routine from Monday to Friday and might even spill into the weekend. After all that work, students do need to relax, and they do this through social networking.

Facebook is the most popular social network that currently exists in the world. Approximately, there are 1,310,000,000 active users on Facebook. Facebook is an easy way to interact with family members, and for the students, their friends. A Facebook user can post basically anything including what he or she is doing at any moment to pictures of where the user is or what the person is eating. The Facebook mobile app makes the website portable for quick and easy posts. 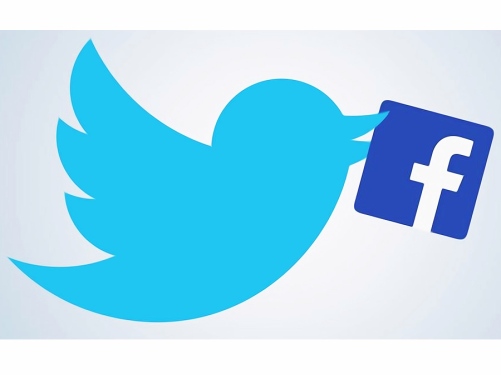 END_OF_DOCUMENT_TOKEN_TO_BE_REPLACED

Ugh! was the exclamation that crossed my lips when I realized the statewide exams were this April. It’s a tedious thing. No one sane would be willing to sit through three days of ELA and math examinations and read the most boring passages ever written or spend ninety minutes crunching numbers.

This terrible thing is not only a “New York thing”. All other forty-nine states have their own form of statewide tests for public schools. Many of these state tests are taken only from third to eighth grade. Some states like Alaska and Kansas have children take state tests third through twelfth grade. There are complaints all over the internet about state tests being ridiculous. Californians have accused their common core state test as overly complex math for such young students. New York City residents are blaming their rise in taxes on these states, or as they call it, “Cuomo Core Test experiment”.